Test images for the continued evaluation of the visual impact of handwriting/paper/finish combinations for the insertion of text into FMP images. 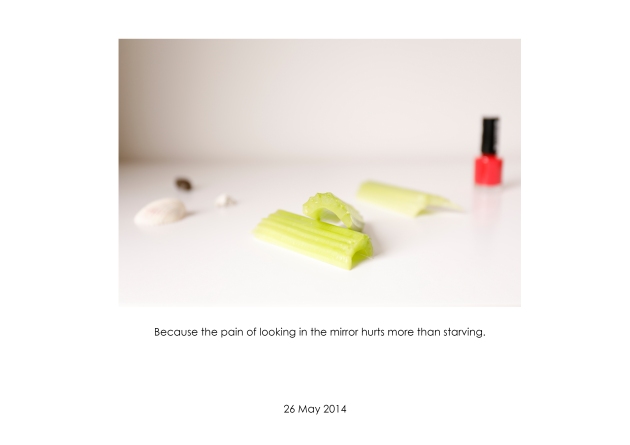 Images with handwritten text have more visual appeal than those with typed text, which appears somewhat soulless.

However, I believe the cleanest and most effective method of combining image and text can be observed in images TI/040518/11a and 11b. I also feel that the sophistication of this presentation lies in its stylish simplicity.

Additionally, the public outcome for the FMP will be an online gallery using a lightbox to which the square format of images TI/040518/11a and 11b are better suited.