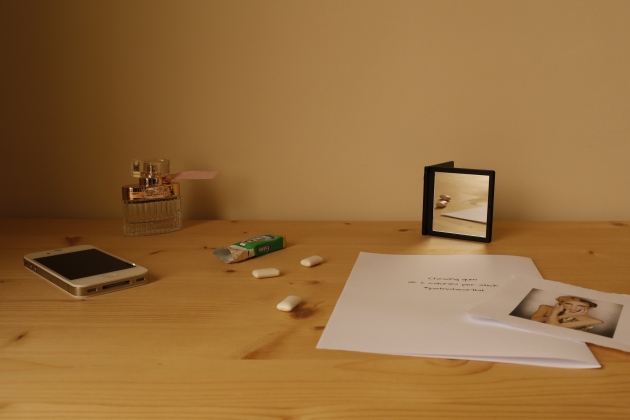 Time series of test shots for Jo-Ana project covering period 01 February to 08 May 2018.

The series illustrates the development of images in response to ongoing contextual research and tutor/peer review. 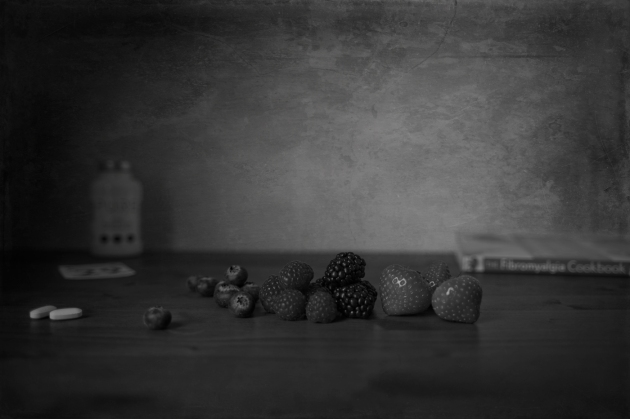 Audience theory informs us that authors identify a target audience and subsequently design, or “encode” ideologies into an advert in such a way as to convey a specific message. This message is “decoded” when the audience view the advert. Dominant readings arise when the message is encoded and then decoded in the same way.

The “preferred” meaning is the way in which advertisers “expect” viewers to interpret an advert.

Oppositional readings occur when images are viewed by an audience separate to, and outside of, the target audience. The non-target audience forms a view which is based upon their personal experiences or opinions, and which causes them to reject the preferred reading.

According to audience theory, “negotiated readings” are the result of an audience both accepting and rejecting elements of an advertisement simultaneously.

The dominant message is acknowledged, but it is not accepted willingly. Instead, the preferred reading is modified according to the audiences own experiences and interests.

Adverts, therefore, are “polysemic” in nature – they are open to different interpretations which are dependent upon the audience’s identity, cultural knowledge and opinions.

Authors will identify the target audience. They design the advert to convey a specific message, the preferred message, to that audience – this is encoding.

Decoding occurs when the audience views the advert.

Audience members from outside the target audience may have their own experiences or opinions that mean they reject the preferred reading, receiving their own alternative message in an oppositional reading.

Carousel is a photographic exploration of the relationship between diet and mental health: the images being derived from journal entries maintained over a three-year period by a female suffering from anxiety, depression and fibromyalgia.

Berries is an image from the Carousel series.

How does audience theory relate to this image?

The preferred reading is that there is a link between diet and mental health. Furthermore, it assumes that the audience accepts two fundamental ideas. Firstly that there is a positive correlation between mental wellbeing and nutritionally dense food, and secondly that not all individuals have equal access to quality food.

Negotiated reading viewers will accept that diet affects our mental wellbeing but will do so on the basis that all individuals have equal access to quality food, rejecting the idea that some individuals might only be able to afford nutritionally poor food.

Oppositional reading is the view that diet does not affect our mental wellbeing.

So writes Katherine Frith in “Undressing the Ad: Reading Culture in Advertising”. She goes on to suggest that in order to “deconstruct” adverts, we must take them “apart layer by layer”.

First, the surface meaning: this is the overall, initial impression obtained upon viewing an advertisement. Breaking the advertisement down into a list of its component parts shows the meaning of an advert at surface level.

Secondly, the intended meaning is the sales message that advertisers wish to promote – this is the “preferred” meaning, the way in which advertisers “expect” viewers to interpret an advert.

Finally, the cultural meaning. The interpretation of this meaning is dependent upon the cultural knowledge and social background of the viewer, the shared “belief systems” to which Frith refers.

Barthes and Heath (1977) inform us of a signifier, something which is identifiable in an advert and which conveys a denotational message, and the signified or the connotational (implied) meanings, ideas or ideologies which the advert attempts to communicate to the viewer.

Interviewed in 2012, Francis Hodgson discusses not only the way in which we analyse images, but also the quality of the way in which we do so (Quality Matters, 2013). Hodgson suggests that we frequently perceive and discuss images as being “of something” without attempting to consider that images are also “about something”, an idea which links strongly with Barthes concept of the signifier and the signified.

Selective focus leads the viewer’s gaze to items of food consumed by the diarist which are shown alongside the pharmaceuticals used to treat her medical conditions. Self-help and recipe books related to the sufferer’s conditions complete the story of an individual struggling to live with debilitating disease. Sheets from a tear-off calendar represent the passage of time. These are the signifiers referred to by Barthes and Heath, the ‘of something’ referred to by Hodgson.

The signified is the effect our diet has on our health. Berries invites the viewer to ask whether greater emphasis could be placed on nutrition as a means of not only treating mental illness, but preventing it.

It does this by linking healthy, nutrient dense food with a mineral supplement and a recipe book specific to the individual’s disease.

Other images in the series link highly processed, nutrient poor foods with pharmaceutical treatments and books aimed at managing the diarist’s conditions.

How does this type of analysis benefit my photography?

I think the benefit to my photographic practice lies in the development of the visual narrative which derives from an understanding the polysemic nature of the image.

For me, as a photographer, the value of audience theory is in knowing the way in which different meanings can be attached to images, in understanding the polysemic nature of photographic images – the way that each viewer can have a unique interpretation of an image as a result of their own experiences and values.

Viewers find interest in images which are multi-layered and which contain some ambiguity in terms of the message that is being conveyed – they like having something to find, something to search for. Knowledge and understanding of the meaning attached to images and semiotic analysis allows me to produce images which appeal to an audience on a deeper level because of their multi-layered, slightly ambiguous and subjective nature.

Commissioned by a newspaper, tell a story in five to seven images.

Subject is open, although ideally something local. The images must demonstrate a definite story timeline. Focus must be narrow.

What matters in this exercise is to make sure each photograph gets to the essence of what the narrative wants to express.

Although the aim of this exercise was undoubtedly to give experience of working to a newspaper type brief, for me it was much more than that.

I am aware that I need to develop my visual storytelling skills, and consequently I saw this exercise as an opportunity to do just that.

This is a story played out on two levels.

The subject of the story is a 38-year old female suffering from anxiety, depression and fibromyalgia.

Wishing to have her story told, but wishing to retain her anonymity, the subject wishes to be referred to simply as H.

The subjects of the images themselves are items which H feels do not simply ‘belong’ to her, but are those with which she has a reciprocal relationship because of her illness, she feels, in effect, that she belongs to them.

Items which she feels sum up her days, such is the defining nature of her illness.

Together, the five images offer glimpses of both despair and hope.

I enjoyed this exercise, it made a refreshing change. It was interesting to work in a different genre of photography and to be able to use my photography to tell a different kind of story.

To help develop my storytelling skills, I imposed a time limit for this exercise – 25 minutes to shoot five images.

Overall, I am pleased with the resulting images – although there is of course room for improvement. As discussed elsewhere, I am currently working in black and white. These images, however, I felt worked best in colour despite the (obvious) association of black and white with ‘despair and hope’.

This is an exercise I am looking to repeat. 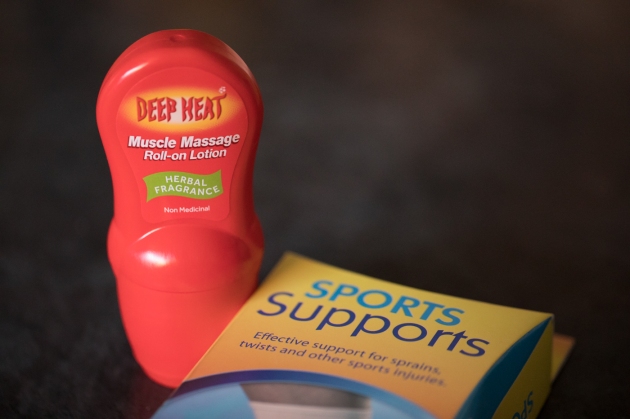 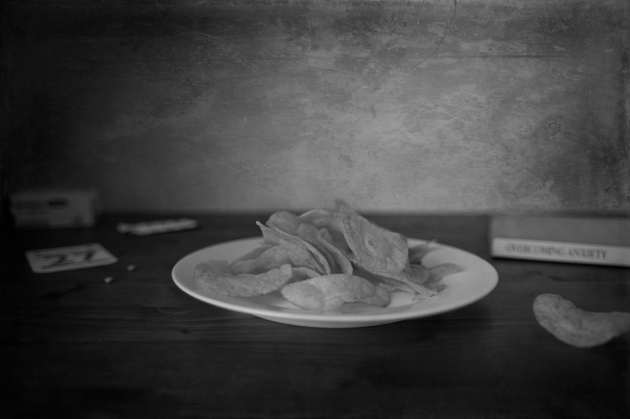 Carousel is a photographic study of the interrelationship between mental health and diet.

Questioning the role played by diet in contributing to or in alleviating medical conditions, the images represent bi-monthly entries from a journal maintained over a three-year period by a female suffering from anxiety, depression and fibromyalgia.

As the images begin to interrogate the role of nutrition in supporting the pharmacotherapy traditionally used to treat such conditions, the viewer is prompted to ask whether greater emphasis could be placed on nutrition as a means of not only treating mental health disease, but also preventing it.

This is both socially relevant and timely. It has long been held that we ‘are what we eat’. Clinical studies conducted by assistant clinical professor of psychiatry at Colombia University College of Physicians and Surgeons Dr Drew Ramsey have now established the link between a nutritionally dense diet and mental wellbeing in addition to showing a correlation between a nutritionally poor diet and mental illness. Results of Dr Ramsey’s studies were presented at the symposium Food and the Brain in May 2016.

Selective focus leads the viewer’s gaze to the main subjects: items of food consumed by the diarist which are shown alongside the pharmaceuticals used to treat her medical conditions. A selection of self-help and recipe books related to the sufferer’s conditions complete the story of an individual struggling to live with debilitating illness. Sheets from a tear-off calendar represent the passage of time.

Constituting my current Work in Progress research project, Carousel is presented in monochrome and results in the slowing down of time, causing the viewer to pause and prolong their gaze.

Colour images can be associated with a particular era due to, for example, a particular type of film or method of post-processing that was en vogue at the time. Presenting images in monochrome removes such associations, bringing a quality of timelessness.

Furthermore, monochrome images accentuate highlights and shadows, a greater tonal range is quickly brought to the viewer’s attention. The resultant chiaroscuro adds a sense of drama which is particularly appropriate to the images of Carousel.

Justification for the use of black and white extends beyond the aesthetic. Working purely in tones enables one to concentrate more fully on other aspects of image-making, for example, lighting and composition in addition to developing a visual narrative.

Whilst the use of textures is established in some genres of photography, it is seldom seen in food photography. This makes my use of textures to bring added richness and depth to my images quite unique. Keywords for the successfully integration of layers into images being subtlety, sparingly and appropriately.

Based on contemporaneous notes: 01 November 2017

The premise for my photographic practice was well received and I was grateful to receive professional advice.

Networking was identified as being key to developing my practice (being separate from the development of my photography).

Building relationships with food stylists, especially those who may be local, was encouraged.

Assisting food photographers, again especially any who may be local, was also strongly recommended.

Self-led projects were highlighted as being useful because they will extend my skillset in addition to gaining exposure for my practice.

Arranging meetings with potential clients, for example art directors or editors of regional magazines, was also suggested as a way of gaining exposure for my work, having my portfolio reviewed and establishing how individual publications go about commissioning work.

Given my specialisation, commercial food photography, developing my (existing) LinkedIn profile was identified as a good way of continuing to build my online presence.

Work is already underway to build a dedicated website for the business. A further informal discussion with MAYN is scheduled for mid-January, following up on progress regarding the above. At this point I will also be able to obtain feedback regarding the design of my website.